A Day on Raasay

Isle of Raasay offers a fantastic Whisky, Gin and Chocolate Tour and Tasting. After your tasting, you can walk about the local area visiting crafts, historic sites and having a meal at Raasay House before exploring the rest of the island.

The Isle of Raasay is known for its breath-taking natural beauty, exaggerated landscapes, impressive geology, and an incredibly diverse ecosystem. Every drop of spirit is distilled, matured and bottled on the island using water from the Raasay Distillery well, maximising the influence of the island on the spirit, and the distillery on the island. 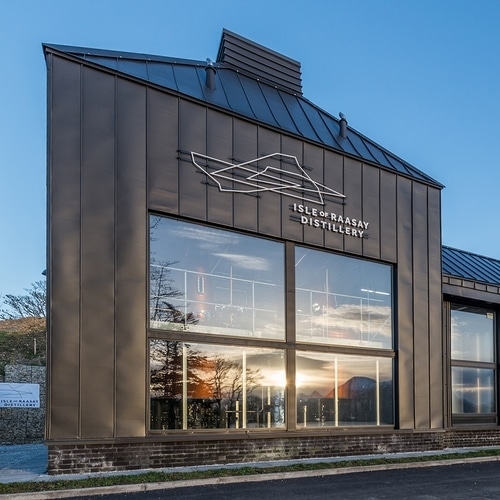 There are several local artists on the island. Be sure to stop in at Raasay Gallery and Taigh nan Cearcan in Inverarish, and the Silver Grasshopper jewellery shop next to the distillery. 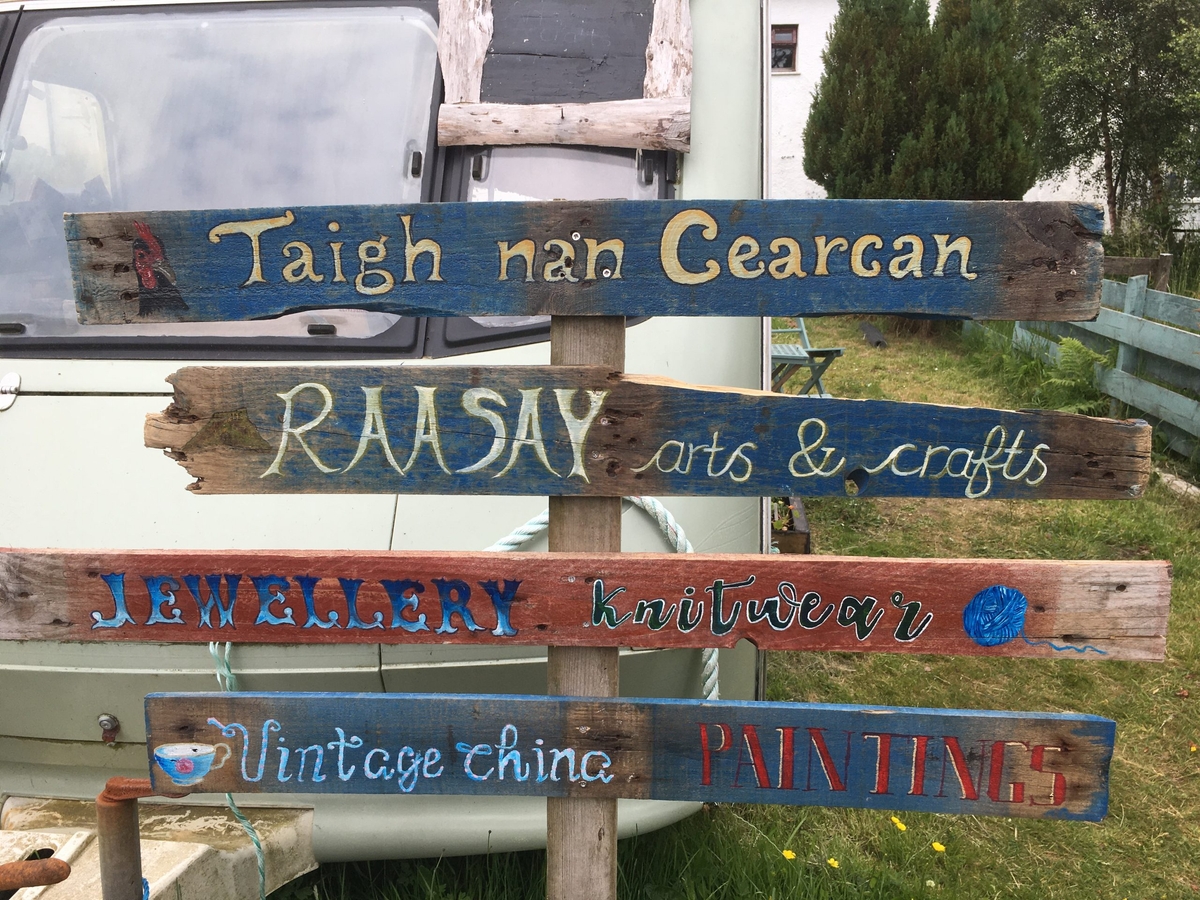 Near the distillery recessed in a grove lie the peaceful mains of a medieval church from the 13th century, believed to be on the original site of a church founded by St. Moulag in the 6th century. Inside is a plaque commemorating John Mackay, the last great piper to have been taught from the legendary MacCrimmons of Skye, piping family to the chiefs of Clan MacLeod. Next to the chapel on the slope is a Victorian mausoleum of the MacLeods. Across the graveyard is a smaller ruin of the Lady Chapel, A Class II Pictish Stone can be found near St Moulag’s Chapel. Originally discovered near the Old Pier and moved for protection to its present location near St Moulag’s Chapel, this Class II Pictish Stone has one of the earliest examples of a depiction of the Chi-Ro, an early Christian symbol that combined the first two letters from the Greek word for “Christ”. Also inscribed on the rock are a tuning fork, and a crescent with V rod symbol. Although we can’t be certain, this likely dates to the 8th-9th century. 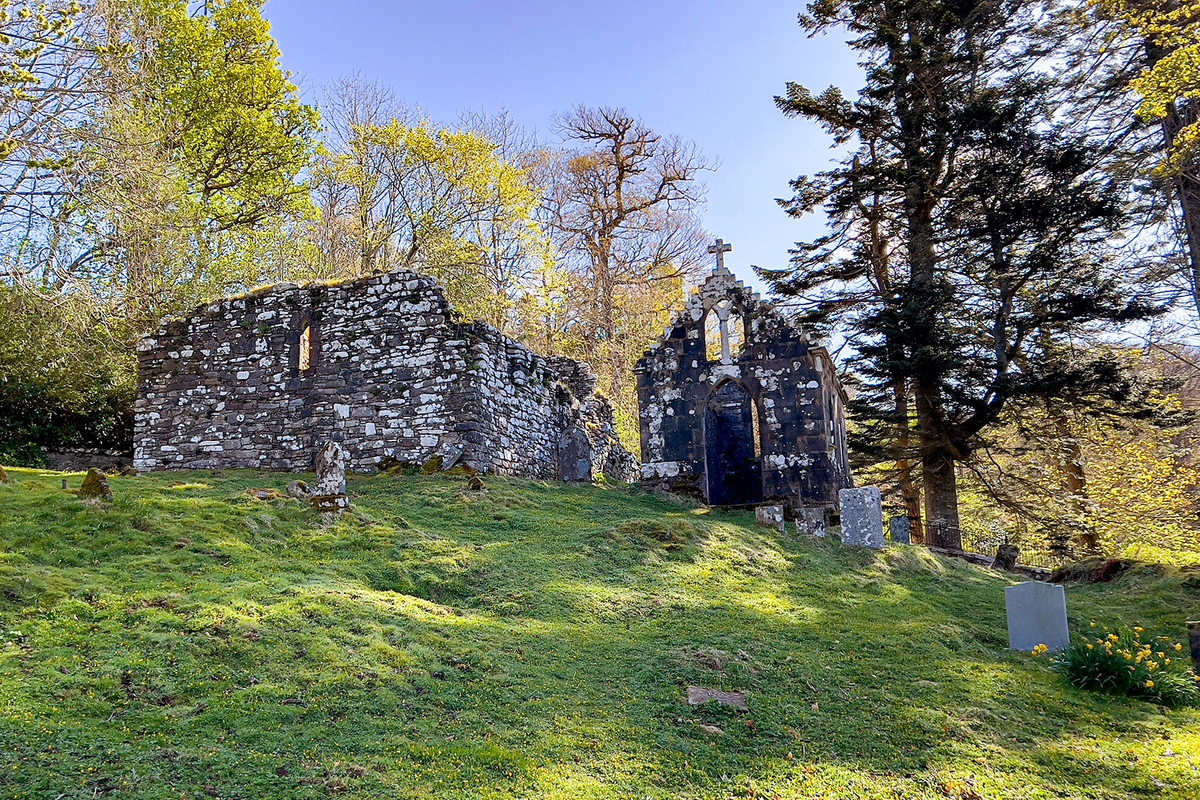 Beyond the Pictish Stone is the Walled Garden. Community-owned and open to the public, the garden is a beautiful place to visit and has fresh flowers and produce for sale. 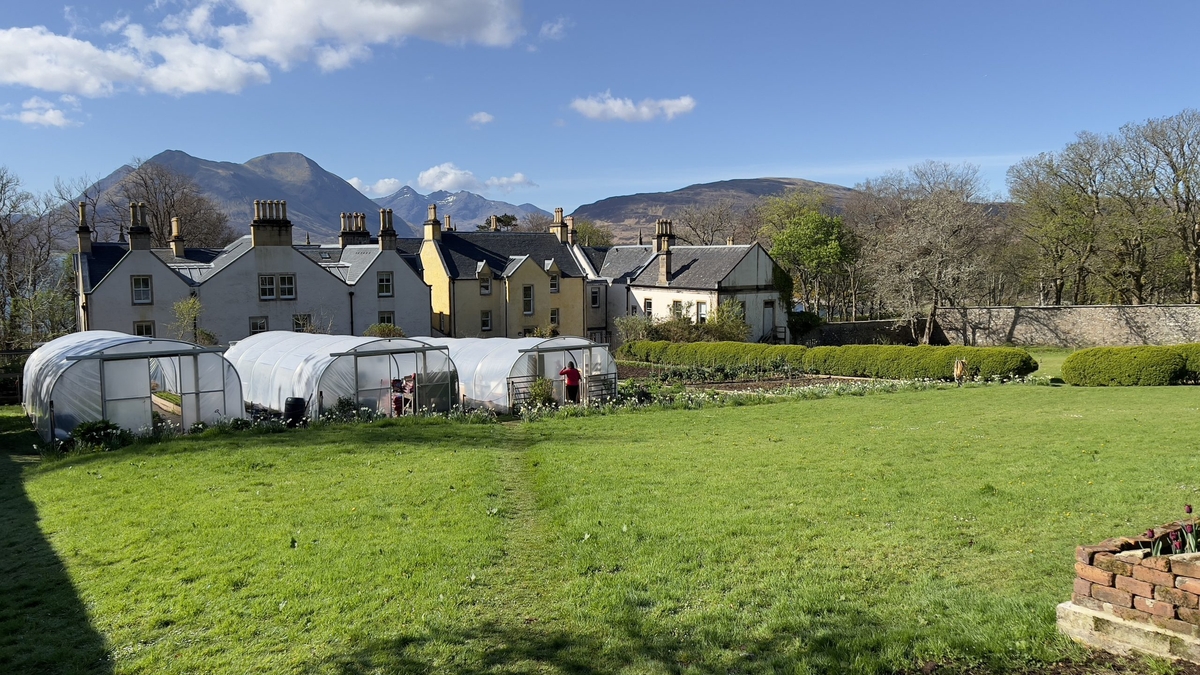 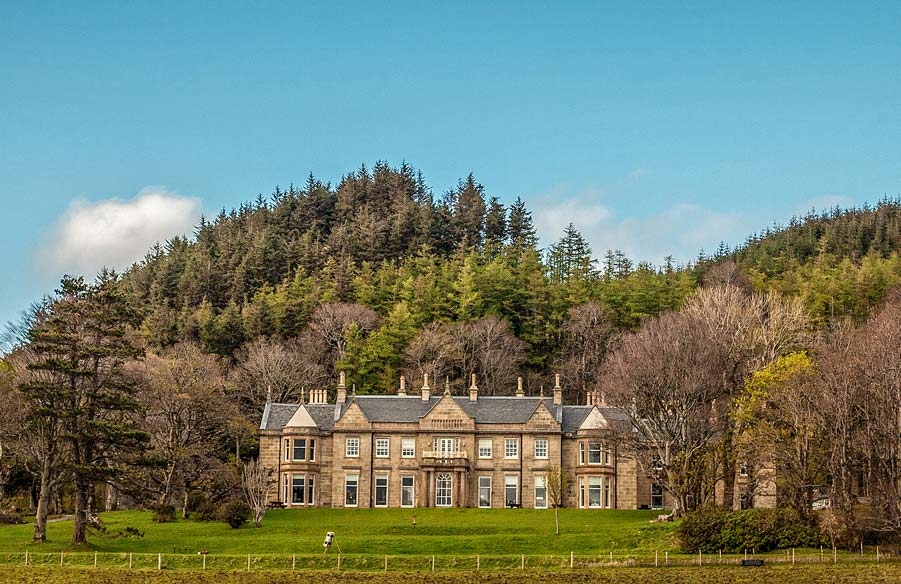 From the distillery one can drive or cycle out the single track road through the island, with stunning views across the Sound of Raasay to Skye. The road then veers off across the island to the eastern side, leading to the impressive remains of Brochel Castle. The seat of the MacLeods of Raasay up until it was destroyed by the Hanoverians in the aftermath of the Battle of Culloden. During his escape, Bonnie Prince Charlie spent two nights on Raasay, and for this the castle was destroyed. There is ample parking with footpaths that lead around the base of the castle and down to the shore, although the castle itself is now fenced off due to its state of disrepair. 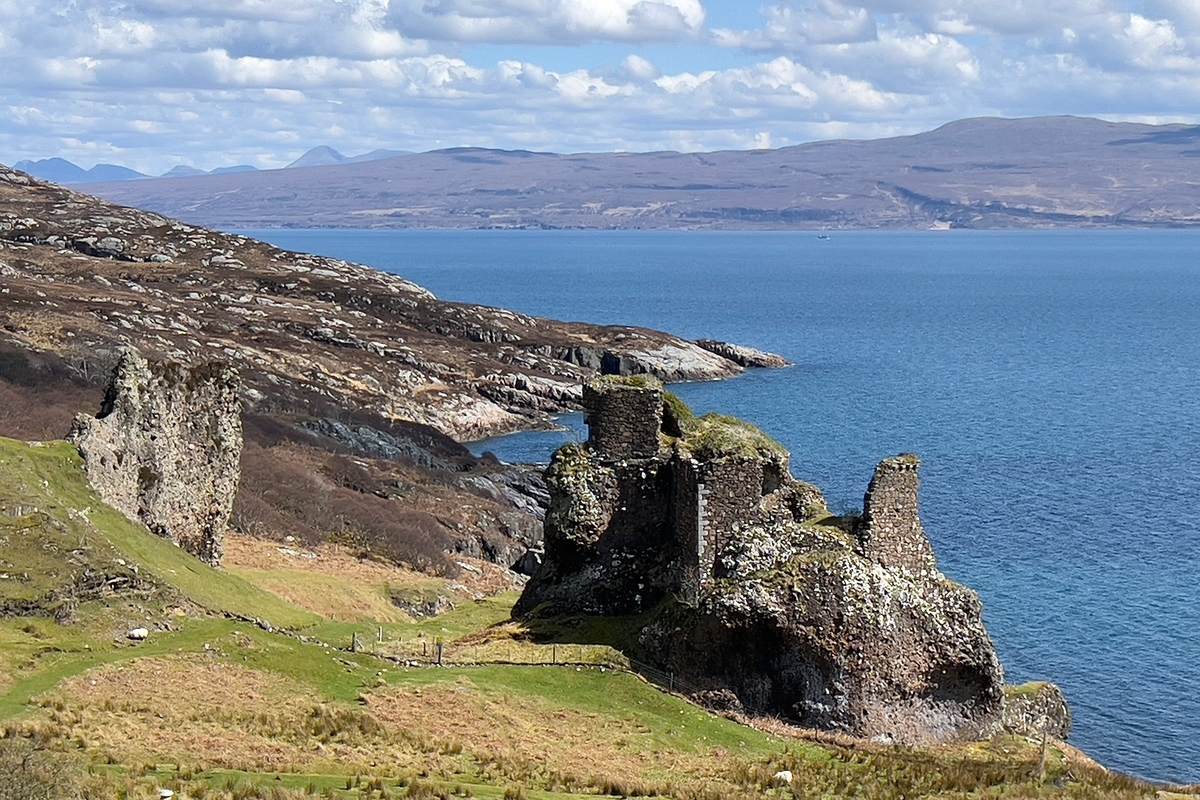 Since 1970, Calum’s Road has connected Arnish to the rest of the island. Lying just beyond the castle from Brochel to Arnish, Calum’s Road embodies the character of Raasay. The road was built by Calum MacLeod with no more than a pick, a shovel and a wheelbarrow so that his daughter could visit home more easily whilst studying in Skye. Calum’s Road was completed over the course of a decade and its impressive scale still remains today. 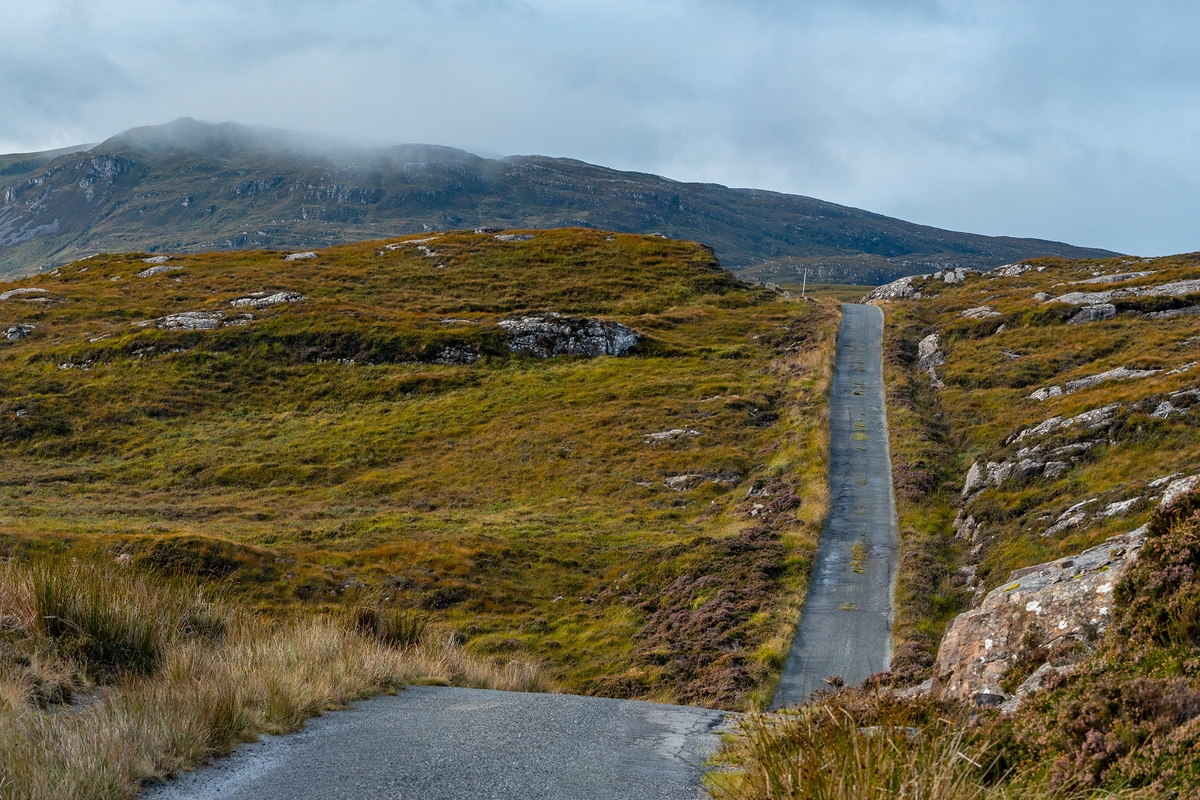 Calmac offers one ferry to the island from Sconser on Skye. This is a turn up and go service with no advance booking available, with limited service on Sundays. 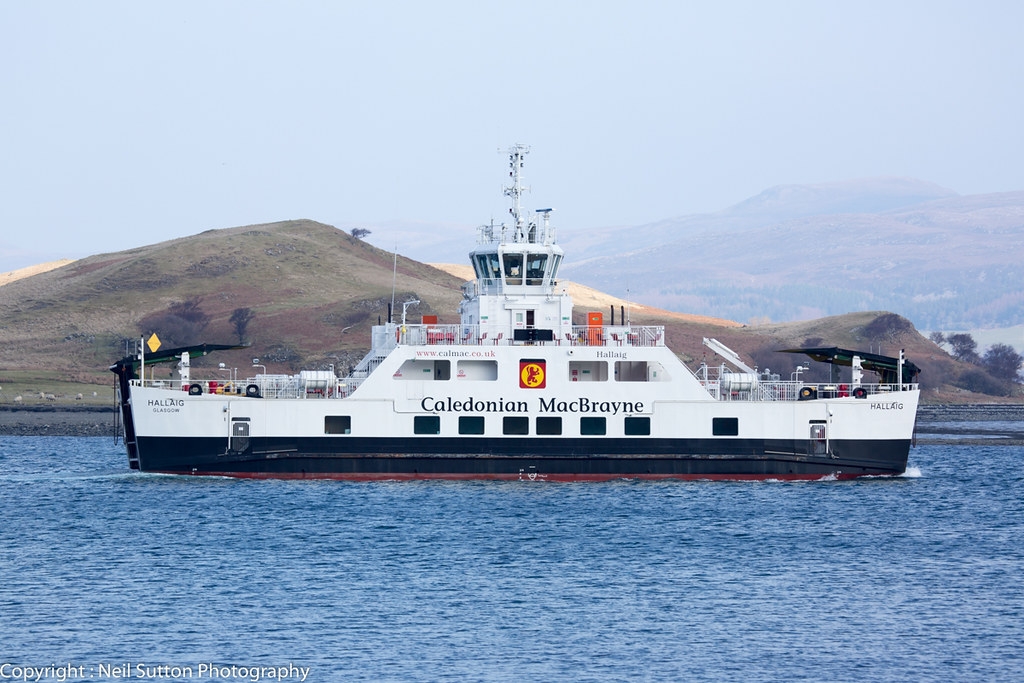